Attack of the book meme

Here we go again... But you already know I can't resist a book meme, right?

1. One book that changed your life?
One that comes to mind immediately is The Women's Room by Marilyn French. This book clarified for me not the human condition, but the female condition. The fairy tales we've been told, and that we tell ourselves in order to survive, fell away. This novel focused my anger and honed my feminism by making me face the things I've always known but didn't want to accept.

2. One book you have read more than once?
A random pick: The Deeds of the Disturber by Elizabeth Peters. This was my son's book and I don't think he ever read it, but I found the carryings-on of archaeologist Amelia Peabody, her gorgeous Indiana Jones-like husband, and their strange, brilliant, pendantic son Ramses irresistibly entertaining! Mummies, murder, mayhem - what more can one ask?

3. One book you would want on a desert island?
Why must it be one? I want tons! How else would I survive? Man cannot live by coconuts alone! Sigh. The Bible. Or some version of the Greek myths. Or 100 Easy Coconut Meals, if it exists.

4. One book that made you laugh?
A Painted House by John Grisham. Not that it was a funny book, mind you, but the part where the uppity sister-in-law gets trapped in the outhouse by a shit-snake... priceless!

5. One book that made you cry?
One Child by Torey L. Hayden. Wrenching true story of a child who suffered horrendous abuse and yet managed to bloom in startling ways.

6. One book you wish had been written?
That one about the lives of aboriginal peoples of the Caribbean. Not the speculative and obviously warped ones written by the conquistadors that tell of savage, cannibalistic Caribs who deserved to be exterminated and of meek, weak and subservient Arawaks who withered away under the onslaught of European 'civilization', but the true story, the one hinted at by the cultural nuances that managed to trickle down, and by the writings of a few monks and other good men.

7. One book you wish had never had been written?
This is a difficult one. Who am I to say that another writer's work shouldn't exist? However, having just read (parts of) Delta of Venus by Anaïs Nin I'll admit I have a problem with books that debase human sexuality (while I acknowledge that humans manage to do that quite adequately with or without the books).

8. One book you are currently reading?
Such as I Have by Garfield Ellis. It tells the story of a handsome Jamaican village cricketer, the swaggering, bed-hopping 'red man' adored by both sexes and all ages, and what happens when he develops an obsession with the daughter of the village pariah, an obeah woman.

9. One book you have been meaning to read?
The Brothers Karamazov by Fyodor Dostoevsky. It's one on my long list of 'should reads'. These tend to take a back seat to the ones on my 'oh, looks like a fun read' list.

Email ThisBlogThis!Share to TwitterShare to FacebookShare to Pinterest
Labels: memes and trivia, Writers-poets-books 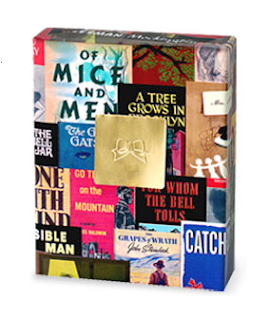 Everywhere I go I hear Christmas music. The atmosphere - I mean the literal air - is already changing in that indefinable way that it does at the onset of the tropical winter: the nights are cooler; there's an extra clarity in the blueness of the sky, a pellucid depth, and a certain invigorating buoyancy in the breeze. Yes, folks. Christmas is in the air.

I've been told I'm a Scrooge. I love certain aspects of the season, like the relief from the scorching heat. Snuggling under my comforter is a pleasant change from tearing clothes off my sweaty skin and hauling the fan as close as it can get in the middle of the night. But I hate the fuss, the excess, the commercialization, the obligation to do stuff. And then - horror! horror! - there are the gifts.

Gift giving can drive you insane. Many people end up receiving gifts they don't really want, and giving the same kind. Some über-organized souls make up their lists months beforehand, while others run out in a frenzy at the last minute and grab whatever they can: "I'll get this dog collar for Caryn. Wait, Caryn doesn't have a dog! Damn, maybe this throw cushion. Does she like these things? I don't even remember what her house looks like! Maybe these towels? Scented candles? Soaps? Damn, damn, damn! Next year is gonna be different!"

Next year is here, and there's a solution to the gift dilemma. Random House has kicked off a campaign, and I think it's a fantastic idea: "This holiday season... Give the Gift of Reading!" Just think about it:

I used to argue with my mother every time she returned from a trip abroad. I'd tell her beforehand not to get me anything, and she'd return loaded with stuff I didn't need, clothes I'd never wear, bras and shoes that didn't fit. I had a brainwave a few summers ago: I gave her a short list of books I wanted and told her to get me anything on it. Now she spends happy hours browsing Barnes & Noble or Borders, and when she returns I'm always delighted with my presents. Books make perfect gifts! And if you're not quite sure which books to choose, then gift certificates or book vouchers are the way to go.

Let's start a movements, folks. Especially at this time when people are watching their spending ver-ry carefully, let's encourage everyone to GIVE BOOKS THIS CHRISTMAS!

We've got a winner!

Remember the Jeff Rivera interview? Well, I got a package in the mail on Friday and it's the prize: a copy of his debut novel Forever My Lady for one lucky person who commented on the post! And there's a copy for me too! :)

Out came my mother's hat again and in went the names. (Vaughn, writer-friend, fair-play enforcer and all-round PITA, was not around to monitor proceedings this time, but I'm willing to be audited by Transparency Int'l. :)

Debs, the book is yours. Drop me a line (my e-mail is in the sidebar) with a name and address so I can mail you your prize!


In other news, if anyone wants my copy of Delta of Venus by Anaïs Nin I'll mail it to you (my treat). It's hard cover, beautiful condition, dust jacket like new. I haven't even written my name in - which is something I usually do with a flourish as soon as I get a new book. Why am I giving it away? I don't want anything with people scr**ing corpses in my home. Call me squeamish, call me anything you like, but take it please. Just e-mail me a name and delivery address.
Posted by Liane Spicer at 00:11 10 comments:

Anyone who's been around this blog for awhile would have seen comments by Chumplet, who is actually Sandra Cormier, a fellow romance author. This blog interviewed her in March and I consider her one of my blog/writer buddies. I remembered her from back in 2006/2007 when I was addicted to Miss Snark's blog. When I started mine last year I looked her up and discovered, among other things, that she had lived here in Trinidad as a small child. She's one of those connections that blogging has made possible, and that I truly value.

Her 15 year old nephew, Brandon Crisp, went missing three weeks ago after a disagreement with his parents. Yesterday his body was found in a wooded area some miles from his home.

I cannot even begin to understand what Sandra, her sister and brother-in-law and the rest of her family must be going through right now. I'm a parent; this is any parent's worst nightmare. When something like this happens, I feel so helpless; I don't know what to say except the old tired words. "I'm sorry. I'm praying for you and your family." I hope that somehow, it helps - even if it's just a tiny bit.

So, please go across to Sandra's blog and leave a word or two. Words are all we have, but I think she'll appreciate the thought.
Posted by Liane Spicer at 18:41 11 comments: 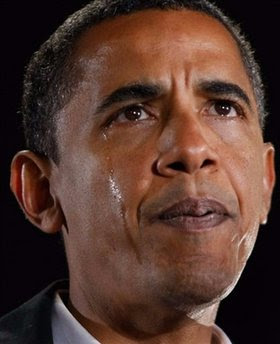 I have never been more proud of my American brothers and sisters. Hope lives.

PS:
My friend D sent me an excerpt from an article entitled "Obama's private prayer" published in the Trinidad Guardian newspaper of Saturday, July 26, 2008 pg.A30. It says that Obama left the prayer in the cracks of Jerusalem's Western Wall when he visited Israel. D asked if I would put it on the blog and I'm happy to do so.

LORD - PROTECT MY FAMILY AND ME. FORGIVE ME MY SINS, AND HELP ME GUARD AGAINST PRIDE AND DESPAIR. GIVE ME THE WISDOM TO DO WHAT IS RIGHT AND JUST. AND MAKE ME AN INSTRUMENT OF YOUR WILL. AMEN
Posted by Liane Spicer at 00:38 3 comments:

The night before the day after

Zinnia's post put me in mind of this poem, and I decided that on the night before this critical US election I could do worse than post a poignant reminder of the futility of lives lost to war, and the futility of war itself. The poet is Wilfred Owen, a soldier who didn't come home from the battlefields of World War I.


Futility by Wilfred Owen
Move him into the sun -
Gently its touch awoke him once,
At home, whispering of fields unsown.
Always it woke him, even in France,
Until this morning and this snow.
If anything might rouse him now
The kind old sun will know.

Think how it wakes the seeds -
Woke, once, the clays of a cold star.
Are limbs so dear-achieved, are sides
Full-nerved, - still warm, - too hard to stir?
Was it for this the clay grew tall?
- O what made fatuous sunbeams toil
To break earth's sleep at all?
Posted by Liane Spicer at 18:33 6 comments: