My first piano teacher was a short, rotund, elderly nun. Sister Lucy was so ravaged with what I now believe to be osteoporosis that her upper back was U-shaped and her chin rested on her chest. She could barely manage to show me the proper placement of fingers on keys, but her keystrokes as she demonstrated the movements were strong and sure. She had clear grey eyes magnified by her glasses and was a gentle soul. I think she came from Ireland like the other foreign nuns at St. Joseph's Convent and it was under her tutelage, in one of the tiny music rooms that barely managed to fit a piano, two stools and a metronome, that I discovered the joy of playing something that at least approximated music. I distinguished myself under her guidance - far more so than under her successor, a chain-smoking, gentlemanly English lady who terrified me.

I graduated from high school and went out into the not-so-wide world of work in the same town where I had gone to school, and every once in awhile I'd remember sweet Sister Lucy and resolve to go and visit her. I never got around to it, and when I heard that she had died, along with remorse at my procrastination, I began to understand that for most young people, the reality and inevitability of death is not a concept that can readily be grasped. I realized then that putting off a visit to an elderly person means that when you're ready to make the effort, the person might be gone - forever.

Which brings me to November 2010 and an e-mail I received from an elderly gentleman here in Trinidad. I had written a blog post about hiking my favourite mountain, El Tucuche. He told me he had discovered the post and enjoyed it tremendously because that was also his favourite hike and he had scaled the peak more than 100 times in his ninety years. In fact, he had celebrated his ninetieth birthday just weeks before by climbing El Tucuche once again, a feat that attracted quite a bit of media coverage.

When I finally wrapped my head around what my new friend, Raymond, had achieved, I told him he had become my inspiration: I could think of nothing I'd love more than to be able to repeat his feat if I lived to his age. We began corresponding, found each other on Facebook, and he invited me to join him on his next hike in early 2011. This one would be to Paria Waterfall, a lovely trek along the north coast and into the forest that I had undertaken several times in my earlier hiking years. I decided to work on improving my fitness so that when Raymond and his group next hiked El Tucuche I'd be ready.

The hike to Paria was postponed four times. We had an unseasonably rainy dry season and the weather simply refused to cooperate with our plans. When the hike finally came off I didn't go; Raymond had probably tired of having to call and tell me about postponements and didn't want to disappoint me again. The next time we communicated was in July when my niece graduated and he left a gracious comment on her photo on my Facebook page. By this time the true rainy season was in full pour and hiking was out of the question. The months flew by imperceptibly.

Three weeks ago Raymond contacted me on Facebook and told me he had suffered a heart attack three months before, but was on the mend and spending several days a week in his store. I was assailed by a sense of urgency; I told my friend I'd visit him at his store that week. He said he was looking forward to finally meeting me face to face. I asked if he would be at the store on Thursday or Friday. When two days passed and I did not hear from him I felt a deep foreboding. That Friday night I left a message on his page: "Well, maybe another week. Thinking of you and hoping you're okay, Raymond." The next time I visited his Facebook page I learned he had died on November 10, three days after his ninety-first birthday.

It felt like Sister Lucy all over again. I will never be able to hike and not think of Raymond pounding those trails in his nineties. He is indeed my inspiration to seize the day and to understand that living fully has no correlation with the number of birthdays accumulated..

Write that book. Sail that ocean. Climb those mountains; Raymond climbed them at 90.

In memory of Raymond "Don Ramos" Banfield, hiker, former Spanish teacher and vice-principal, mentor of many, practitioner of healthy living. I will climb El Tucuche again, and I know he'll be walking right there beside me.
Posted by Liane Spicer at 09:10 15 comments:

Email ThisBlogThis!Share to TwitterShare to FacebookShare to Pinterest
Labels: Caribbean, friends, inspiration, nature in all its glory, Trinidad, writer's life

My favourite things: The creations of perfumer Sophia Grojsman 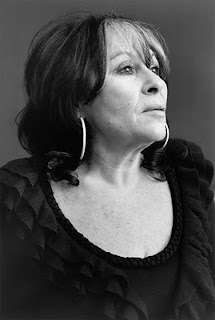 There are women who love clothes. There are those who go shoe-crazy. There are the jewellery whores. Don't get me wrong; I love all of the above. A masterfully constructed leather sandal, a fine Irish linen shirt or a classic gold hoop earring can bring out the acquisitive demon in me just like any other gal. The product that really transports me, though, the commodity I'd spend countless thousands of dollars on if I had the means to do so, is perfume.

Perfume is not just about smelling pretty. I have an extraordinarily keen sense of smell and of all the senses this is the most associative, the one that best transports me to places, people and occasions in my past, creates a mood, makes me deliriously happy just by sniffing my wrist or catching a whiff of something delicious on my pillow, or on a man.

If the sense of smell is the road to wherever I travel, perfume is the powerful, high-performance vehicle that takes me there. It can be capricious or whimsical, lighthearted or deep-blue-twilight nostalgic, indulgently melancholic, quietly joyful or emphatically euphoric. It can conjure elegance, discreet sex, or the powerful animalic kind. It can even conjure... money. Perfume is smoke and mirrors, mystery and mania, quiet and noise, control and obsession. It can attract; it often repels. It can heal or nauseate.

Six months ago the name Sophia Grojsman meant nothing to me - then I discovered she was the 'nose' behind Eternity, a 90s signature fragrance and one of my favourites ever. Since I'm constantly updating my perfume wish list and reading excellent perfume blogs (Now Smell This, Perfume Smellin' Things, Bois de Jasmin) to get an idea of whether or not I might like to experiment with a scent, I've stumbled across Ms. Grojsman's name again and again. Finally, I read an interview with her on Bois de Jasmin and discovered that she has created not two, not three, but EIGHT of my top 10 fragrances. 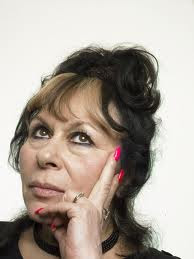 coincidence. I've chosen these perfumes out of hundreds over a 30 year period. Of the scores I've owned I've loved only about 10 - and Sophia Grojsman created very nearly all of them. Take Estee Lauder, for example: the only three scents from this line that I've been able to wear are the three she created: Beautiful, Spellbound and White Linen. Did I know back then that she had created them all? No. All I knew was that I liked these - and none of the others.

Don't assume that the smells are similar, because they're not. What do they have in common? Their beauty, their quality - a Grojsman fragrance can never be mistaken for a cheap scent - and that she usually incorporates rose accords. She also creates perfumes from the base up, whereas other perfumers start with the top notes and work from there in to the mid and base notes. Perfumery is a science - Ms. Grojsman has a Bachelor of Science degree in analytical inorganic chemistry - but at the high end it's also very much an art. Sophia Grojsman creates masterpieces.

Among her best-selling fragrances are: