Seasons Greetings to all!

Season's Greetings, everyone!
Thank you for being so wonderful and for sharing the Wordtryst journey!
All the very best for 2009!
Posted by Liane Spicer at 20:22 21 comments: 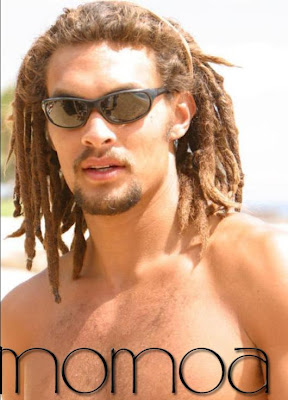 To round out the year, here's a drink to warm the cockles of your frost-bitten little hearts, me dearies. Jason Momoa, model and actor, is a 6'5" green-eyed hunk of hotness. He was born in Honolulu but raised in Iowa. He has won "Hawaii's Model of the Year," participated in the prestigious "Governor's Fashion Show," and walked the runway for Louis Vuitton. He also hosted the 1999 "Miss Teen Hawaii USA" contest. And he surfs. But you guessed that, right? 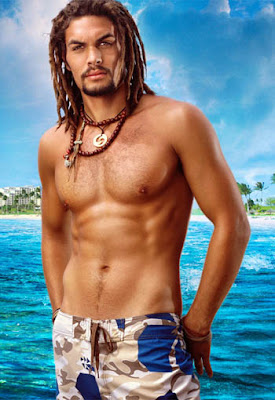 You might know him from Baywatch Hawaii. He caught my eye because he looks so, well, Trini. Just toss him in the crowd here with my son and his surfer pals and you'd never guess he hadn't spent his life riding the waves at Beach Break and Mount Irvine*.

In case anyone is wondering what to get me for Christmas... Ahem. Hint, hint... Forget the gift paper; unwrapped is fine with me. I'll make him my muse for novel #3.

(* Surfer hangouts on Trinidad and Tobago respectively.)
Posted by Liane Spicer at 01:22 13 comments:

For those who hate Christmas 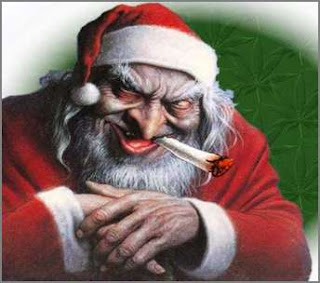 Okay, maybe hate is a strong word, as a friend cautioned me yesterday. But I'm really not that into Christmas. I know, I know; I'm a horrible person and unchristian and a douche-bag who wants to rain on people's joy. Whatever! I like the Christmas season here in the tropics when the temperatures are cooler, the sky is breathtaking, the rainy season is tailing off and the earth is no longer soggy, when the breeze... Well, you get the picture.

I enjoy some of the music, the classics that bring back memories of magical childhood Christmases. I even like some of the pop tracks, and the local parang/soca parang that hearkens to the old Spanish influences on our culture. I enjoy the warmth of friends and family getting in touch. I love the food! But I hate abhor the fuss, the frenzy, the crowds, the traffic, the insane lines at the bank, the false cheer all over the media that screams BUY BUY BUY... And I hate abhor the soppy movies that proliferate around this time.

So, in response to akalol's call over on This Beach Called Life to nominate the best Christmas movie ever, I'm going to list the antidote to all this saccharine sop: the top 10 Christmas movies for cynics, lifted from http://worldfilm.about.com/od/toppicks/tp/christmasmovies.htm.
Grab a few of these if you feel the need to dispense with all this fake holiday cheer!
Posted by Liane Spicer at 14:49 18 comments:

Animoto - the end of slideshows

That's their name, and their slogan.

I discovered Animoto through a post on one of the numerous Facebook writers' groups I belong to. This is my first video and it's not perfect, but they make me look good!

It's easy to do, even for a technopleb like me:
30-second vids are free; if you want the 60-second version, you pay $3. You can post your videos directly to Blogger, YouTube, MySpace, Live.com, TypePad, iGoogle, Wordpress, LiveJournal, Facebook, and a number of other places, or just copy the code and embed where you like. (The direct posting makes me think: Security breach! Security breach! Probably my paranoia kicking in, so I chose to embed.)

Check them out at http://animoto.com. At worst, you sink a couple hours having fun and feeling like a technowizard. At best, you get a sweet promotional widget for your book - or whatever you're pimping!
Posted by Liane Spicer at 02:59 9 comments: