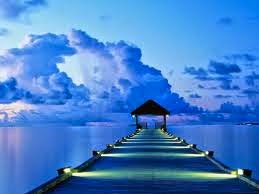 The first few years of being a published writer were a stressful, roller-coaster ride for me. On the upside there was getting my agent (my first fan!), holding that first book in my hands, seeing it in stores, reviews, emails from readers, meeting kind new friends in the writing and blogging community, the euphoria of doing something I was meant to do, a $100 Amazon gift card from another writer who said I had inspired her (I bought turquoise jewelry with it so I'll always remember)... I have a "Happy File" to remind me of those joyous parts when the going gets rough.

Then there were the downsides.
#1 The stress of no longer inhabiting a cave in my head but being "out there"--anathema for an acutely private person like me.
#2 Writing the dreaded second book in fear and trembling, only to see it mired for years in...
#3 The meltdown of my first publishing company amid the hysteria of hundreds of its writers bombarding the public Internet and private loops with "the sky is falling" messages. I could not watch. I could not look away. For two whole years.
#4 The first one-star review, on Goodreads, from a "friend".
#5 Looking on at the publishing industry's painful transformation as all the rules changed and kept changing.
#6 And worst of all: becoming so frozen by it all that I could not write for long stretches.

So what came next on the chaotic publishing front? Signing that first book with Amazon's Montlake imprint and actually getting the occasional royalty statement. Starting my own micropress (now at 15 titles, 10 of which are mine under various names) and getting small but increasingly regular royalty statements from there too. Going against the advice to stick to one genre and writing whatever I wish. Being published in respected journals and getting shortlisted for a the 2014 Commonwealth Writers Short Story Prize.

Most important of all, I'm writing most days. I now understand viscerally (I took a while to really get this) that since the only variable I can control is the writing, I should make that my unrelenting focus. I get the occasional editing job, which I also enjoy. And from September, if all goes as planned, I'll be teaching again--part time, of course. Writing must come first, whatever the hell is happening on the publishing front.

After those tumultuous years, I finally feel like I'm in a good place. It's not about money, because that is still quite scarce. It's about doing the work, being thankful for my blessings every day, feeling some measure of control over my life, enjoying the present, and looking to the future with optimism instead of fear. *knocks on wood* Now if only I could get this exercise thing on track...

What has your writing journey been like? Do you feel that you're in a good place now?
Posted by Liane Spicer at 15:30 No comments: