Hunk of the Month: Olivier Martinez 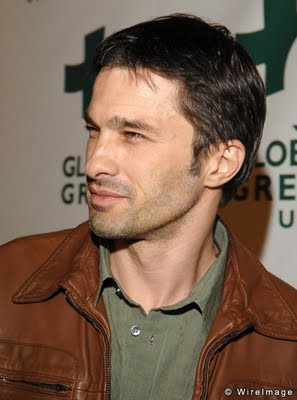 I recently watched the movie Unfaithful, a cautionary tale about infidelity and the tragedy it can unleash. My sympathies should have all been with the cuckolded husband, right? I did empathize with him, but also, to my surprise, with the guilty wife. I totally understood the madness, the passion, the recklessness that drove Diane Lane's character into the affair. I blame my regrettable lack of moral steadfastness on Olivier Martinez' character in the movie. Someone, please tell me how on earth can a mere female mortal find the strength to resist the charms of such a one?

The man is beautiful. He's French, and his accent is to die for. "Heet me!" he tells Diane Lane at the start of their first erotic encounter, and she does hit him, shedding her principles and inhibitions in the process. Not only is Olivier's character très bandant, but his house is full of books - everywhere, on shelves and stacks from floor to ceiling. Aarrgh! He's dangerously hot and he's got thousands of books too? It was easy to understand how he could make a woman like Lane's character lose her head and risk everything that was good in her life. Far, far too easy. And very disquieting. 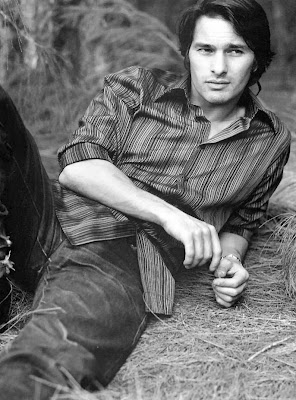 Martinez is 43, the son of a French mother and Spanish-Moroccan father. During his promotional tour in the USA he was billed as "the French Brad Pitt." (A preposterous comparison, in my opinion. So - you can tell I'm not a Pitt fan!) He's dated Kylie Minogue and Mira Sorvino, and lived with Juliette Binoche.

"I'm not very comfortable in love scenes because I'm shy, because I don't play naked. It's very rare for a French actor. I have an issue with that." [Awww!]

"I personally think you must believe in something. You must have a point of view on everything even if you have to change it often."

"I don't consider myself a sex symbol because all my cousins would laugh at me."

Monsieur Martinez, you're a sex symbol, and I'm not laughing.
Posted by Liane Spicer at 18:46 5 comments:

I'm blogging over at Novel Spaces today about one of the seven deadly sins: Shed Envy.
Posted by Liane Spicer at 12:39 3 comments:

The last time I posted a photo of my son here I had to clear up a few misconceptions; certain ladies thought that he was my hunk of the month! Now that we've established that this is my SON [scowl, scowl] we can get on with stuff. The boy was supposed to go surfing in Tobago on the weekend these shots were taken but couldn't make the trip after all, so he went to Sans Souci (North Coast) instead.

I 'napped these from his Facebook album. The captions are his.


Not the happiest camper at this point... lil pissed that I bolted up there at 6am for NOTHING!!!
WHERE DE WAVES, DAMMIT!!! 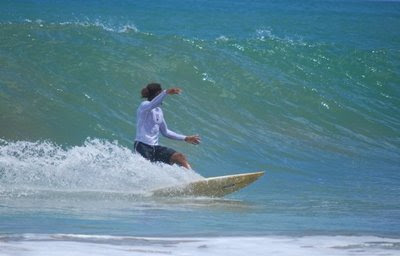 Went vert for this one and landed on my HEAD!!! 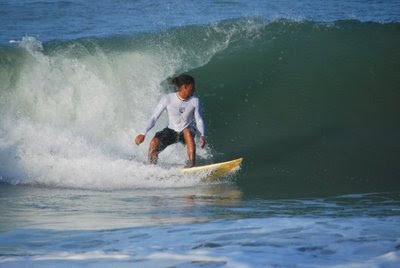 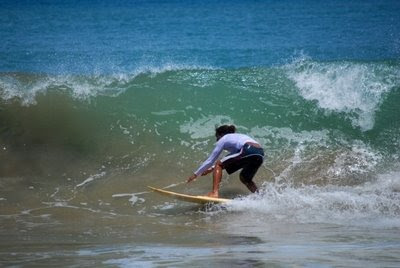 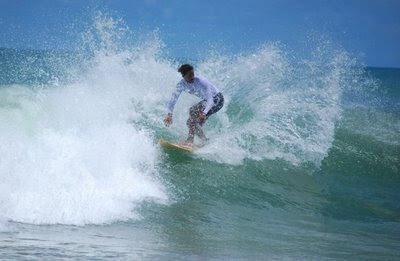 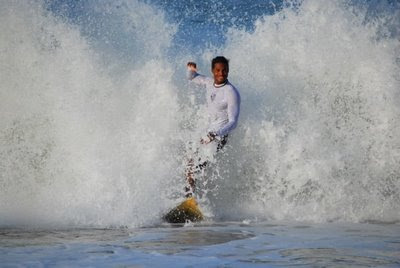 For Love of Words

The lovely Shauna Roberts, author of Like Mayflies in a Stream, is interviewing me on her blog today! Please drop by and say hi!

Shauna is an award-winning medical writer and editor specializing in diabetes and related subjects, as well as author of fantasy, science fiction, and romance stories and novels. She lives in California and is a member of the author group Novel Spaces.
Posted by Liane Spicer at 22:33 4 comments: