Hello, Wordtryst, my old friend
I've come to talk with you again...

I started this blog, my first venture into social media, back in 2007, one year after I found a literary agent for my first novel and mere months after she sold it to Dorchester Publishing NY (now defunct). Wordtryst has been on hiatus for most of the 9 years that I've been devoted to coordinating and contributing to the Novel Spaces group blog. That second blog is now on hiatus for a year and my thoughts return, as they often have, to Wordtryst.

The 11+ years since I started this blog have been quite a ride. I published just two romance novels under the pen name Liane Spicer. I've published dozens of short stories, novelettes and novellas in several genres under different pen names. That's what I call my commercial work, the work that consistently brings in royalties.

Then there's 'me art' -- the serious stories in which I explore form and language and the ethos of this Caribbean place I call home. A few stories have been published in journals, and one short story landed me on the shortlist for the Commonwealth Writers Short Story Prize (2014, under my real name Charmaine Rousseau). I have at least a dozen incomplete works -- both commercial and otherwise. I have eight unpublished literary short stories squatting on my drive; I'm working toward an anthology but I'm inconsistent because I don't write those stories until they 'come' to me (unlike the commercial work that I write much more consistently and intentionally).

I've moved twice over this period. My son has grown up from the barefoot surfer boy my old visitors remember -- but that carefree surfer with the passionate love of nature and green spaces is still his core identity. I'm so glad. My son is my soul-brother. We understand each other like no one else, I think. And he's brought angels into my people-averse existence in the form of his offspring and his partner. The memoir about our journey through his childhood is written, has been written for years. It needs a final polish, and a publisher. I hope the world gets to read it some day soon.

Coming back to Wordtryst feels like coming home. Hello, world! I've missed you! And like Cynara's lover in that old poem, I've been faithful to you, Wordtryst, in my fashion. I've blogged elsewhere, but my heart never left you. I've dallied with Facebook, but I hate it more than I love it. And I abhor Twitter, that sometimes-entertaining, sometimes-brilliant, but dreadfully noisy place. I've met some truly lovely people on this quiet blog. Maybe I'll meet a few more, or renew old blog friendships that fell by the wayside. Or maybe it'll be just me, my musings and my photos. A quiet space. A Zen room in this chaotic world. 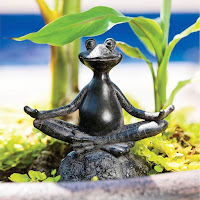 I'll just close my eyes and rest here for a bit. Mmmmm.
Posted by Liane Spicer at 02:18 4 comments: