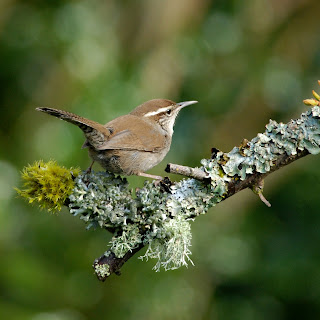 The blog is tired. I'm tired. Over the past three months my part-time, low-stress day job has morphed into something else altogether with long hours and triple the responsibility.

Hopefully, things will revert to normal within two to three weeks and I'll have the time and mindset once again to take care of my writing and my blog. Right now it's a struggle to balance all the facets of my daily life, so for the next few weeks I won't be blogging unless something spectacular happens that I just have to share with the cyberworld. I'll still be posting over at Novel Spaces when my turn comes around, and I'll still drop by your blogs to see what you're up to now and then.

And now for some good news. The house wrens, our tiny, animated coco rachelles, returned after a prolonged absence and have been making happy sounds around the eaves on mornings. One even paid me a visit, hopping and chirping along the rafters in my bedroom. And the manicou (opossum) family has also reappeared; I hear their sounds at night and even spotted one making its way along the back fence. I take the flourishing of the wildlife as a good omen for, oh, life in general.

Email ThisBlogThis!Share to TwitterShare to FacebookShare to Pinterest
Labels: blogging, nature in all its glory, Trinidad

My second blogiversary came and went in June - and I was so busy I didn't even notice. I believe one should never pass up an opportunity to celebrate, so...

To all who visited, commented, stuck around, became my blog buddies and friends, shared their thoughts, opinions, and wit, empathized, commiserated and celebrated along with me, and whose thoughts, adventures and misadventures I've followed on their own blogs, here's a great, big,

YOU'VE BEEN WONDERFUL, AND MADE IT ALL WORTHWHILE. IT'S BEEN ALL GOOD...
THANK YOU!
Posted by Liane Spicer at 17:05 10 comments:

Email ThisBlogThis!Share to TwitterShare to FacebookShare to Pinterest
Labels: blogging

I'm being interviewed on Elizabeth Naughton's blog today. Elizabeth is the author of three romantic adventure novels, Stolen Heat, Stolen Fury and Stolen Seduction. You're invited to drop by and say hi!
Posted by Liane Spicer at 06:55 2 comments:

What I learned from books on writing

I'm blogging over at Novel Spaces today on "What I learned from books on writing". You might be surprised to find what those books taught me had little to do with the words themselves!
Posted by Liane Spicer at 08:23 2 comments:

Email ThisBlogThis!Share to TwitterShare to FacebookShare to Pinterest
Labels: books on writing, Writers-poets-books

My literary agent, Susan Schulman, is the guest blogger over at Novel Spaces today. Hop on over and find out what she looks for in a fiction manuscript, and her must-read novel recommendations for writers.

Susan has been in the business for close to thirty years. Some of her better known projects are The English Patient (Miramax) by Michael Ondaatje, Holes (Disney) by Louis Sachar, and The Artist's Way by Julia Cameron.

The making of an author photo - Part II

Novel Spaces decided me. Every member had to submit a head shot and I liked the new blog so much that I didn't even mind. A rectangle with a question mark or a beach scene absolutely would not do. I stuck a hazy cellphone self-portrait in my appointed slot and scheduled a photo shoot with my son. Just in time, too, as the very week the group blog went live Connie Ogle, books editor at the Miami Herald, contacted me about doing a small feature - and a photo was required. All that was left was for my son to appear with his beloved Canon, take a couple shots and I'd be set, right? The fact that I asked twice if he had a slimming lens should have forewarned me.

The morning of the shoot was rainy and grey. The rain eventually stopped and I proceeded to get ready. Predictably, my hair refused to cooperate. Sighing, I hooked it up in my everyday banana comb and gave it up as a lost job. I have all the right makeup but as I rarely touch it, hurriedly swiping on powder and lipstick most days, sudden expertise in such matters as concealer calculus and the Sine Law of eye-shadow application did not spring from my inept fingers. The biggest problem, though, was - the fat. There it was in the first round of photos, mocking me. The Death by Chocolate from Jardin de Tuilleries. The Baileys Irish Cream. The potato salad. All transformed into that f-word. It was hopeless.

My son protested. "But Mom, I love these! You look nice!"

"I look fat! No way. Let's try again." A less good-natured child would have rolled his eyes.

Round two began, this time in the backyard. My skirt was long and the grass was wet. My stomach horrified me despite my son's assurances that he would crop it out. I hated every shot. The problem was not the photography; it was me! The boy requested, then pleaded, and finally ordered: "Smile, Mom. You look like you're suffering. Let's get those dimples. Smile!"

I would have consigned all 125 shots to the recycle bin but my submission to the Herald was due the next morning. I agonized then chose the one that now appears in the sidebar of Novel Spaces, the one in which I had actually managed a half-smile. Get used to it, folks, because it'll be a long while before I subject myself to that particular form of mortification again.
Posted by Liane Spicer at 19:59 10 comments: