Micromanaging, overediting & knowing when to stop

I'm posting over at Novel Spaces today on Micromanaging, overediting & knowing when to stop. I plead guilty to the first two charges. All are welcome to visit!
Posted by Liane Spicer at 08:53 4 comments:

It's today! I'm being featured on "What are you reading now" in the Miami Herald, so if you're in South Florida please grab a copy - and an extra one for me!

The online version is on the Herald's "Between the Covers" blog so you can click the link below, hop on over and leave a comment. I'd love to hear from you, and Connie Ogle, the books editor, would too!

I'm especially pleased to be featured in the Herald because it's one of my favorite newspapers. During my extended sojourns in Miami my entire Saturdays were devoted to the paper. There was so much of it, and it was all good. It was there I discovered writers like Dave Barry, Carl Hiaasen, Leonard J. Pitts Jr., and others - all great columnists. I didn't know until long after that most of them were nationally acclaimed and had won Pulitzers and such; all I knew back then was that I loved their work. It was also through the Herald book reviews that I discovered writers like Zoe Heller (Notes on a Scandal).

Email ThisBlogThis!Share to TwitterShare to FacebookShare to Pinterest
Labels: Writers-poets-books 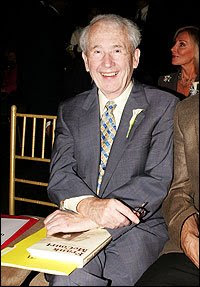 Even though he was 78, the news still shocked me. Chauncey Mabe, former books editor at the Florida Sun-Sentinel who now writes a blog for the Florida Center for the Literary Arts, has written a tribute here. I'll repeat my comment on his post:

This is indeed sad news. As a former teacher in the process of reinventing myself I take a particular pride in Frank McCourt’s achievements. Teacher Man is the most unsentimental and profound reflection on the profession that I’ve read. The prologue to that memoir was circulated among my teaching colleagues; it is a brilliant, painful shaft to the heart: Yes, he’s one of us. He knows.
He will be sorely missed, but he’ll live on in his work.
I reviewed Teacher Man on this blog almost two years ago. (The post is here.) His other books, Angela's Ashes (for which he won a Pulitzer Prize) and 'Tis, have been languishing on my wish list for too long. I'm moving them to the head of the queue.
Posted by Liane Spicer at 14:30 5 comments:

My first post over at Novel Spaces is up today... Don't be a stranger - come across and say hi!
Posted by Liane Spicer at 08:41 4 comments:

The making of an author photo - Part I

I didn't want my image on the Internet. Didn't want it my book(s) either, and definitely not in any newspaper. For an author these days achieving this, I realized, would demand a bit of dodging, running and conniving.

When the editor of Café Au Lait sent me the list of items I needed to submit, a photo was among them. Was this optional? I asked hopefully. Yes, she replied. Bingo! One down - but how many more to go?

The blog came next and I saw that I had lots of company in the incognito-blogger department. Then I realized that although this was true of writer blogs in general, it was certainly not the norm for the sites of published authors. Norm be damned, I resolved. My avatar would be a beachscape, and that was that.

The press releases were a bit trickier to negotiate since an author photo was de rigeur there but no one made it an issue - except for the features editor at one local newspaper. She called and told me she'd run an article, but insisted on a photo.

"I don't have a recent, decent one," I replied. That was the truth. All my decent pictures were taken years ago when I was young. And thin.

"No problem!" she chirped. "Are you in Trinidad at the moment?"

My alarm-o-meter redlined. "Uh, well, yes..." Damn. A lie would have solved the looming problem but where was one when you needed it?

"Okay, then. I'll send a photographer around."

"Really, it's no problem. We do this all the time."

"You don't understand," I squeaked. "I have the cold, I've been in bed for two days and I'm an absolute wreck right now. I cannot, CANNOT face a photographer." This was the truth, but it sounded like a whopper even to my ears. I produced a wracking, hacking cough for effect and the editor lady capitulated.

"Okay," she decided. "I'll run it as is this time but I'm just letting you know I'll be coming back at you for that photo."

Men, Fidelity and a Skillet 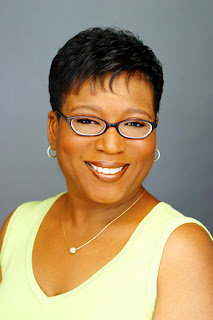 Novel Spaces is honored to host Bonnie Glover, our very first guest blogger, on July 10th. Her column, with the intriguing title Men, Fidelity and a Skillet: Back to the Basics, promises to be a thriller - so don't miss it!

Bonnie is the author of Going Down South (nominated for an NAACP Image Award for an outstanding literary work of fiction earlier this year) and The Middle Sister.